RETIREES AND BABY BOOMERS CAPITALIZE ON HIGH-VALUE PRINCIPAL RESIDENCES TO ENTER ACTIVE RETIREMENT AT RECREATIONAL PROPERTIES, BLURRING THE LINE BETWEEN RECREATIONAL AND RESIDENTIAL. 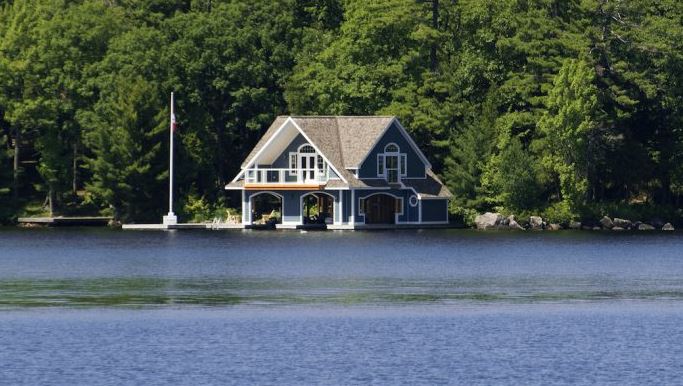 A recent survey of RE/MAX brokers and agents found that in 91 per cent of popular Canadian recreational property markets examined, retirees were the key factor driving activity. This includes established recreational regions such as Prince Edward County and Comox Valley. This is in stark contrast to last year’s findings, when retirees were a dominant driving force in only 55 per cent of markets examined.

The survey found that in British Columbia, Ontario and Atlantic Canada, more retirees and soon-to-be retirees are purchasing recreational properties outside of urban centres for use as retirement homes, increasingly blurring the line between recreational and residential properties.

“Last year, we found that Baby Boomers and retirees were increasingly selling their homes in urban centres like Toronto and Vancouver,” says Elton Ash, Regional Executive Vice President, RE/MAX of Western Canada. “It’s clear that many put the equity they received from those sales into the purchase of a recreational property with the intention to retire in comfort and away from the city.”

Many of these individuals are engaging in more active forms of retirement, choosing to maintain physical fitness and emotional fulfillment by pursuing passion projects and leading lifestyles that involve farming, hiking and maintaining vineyards. This is particularly the case in regions such as South Okanagan, Wasaga Beach and Rideau Lakes. 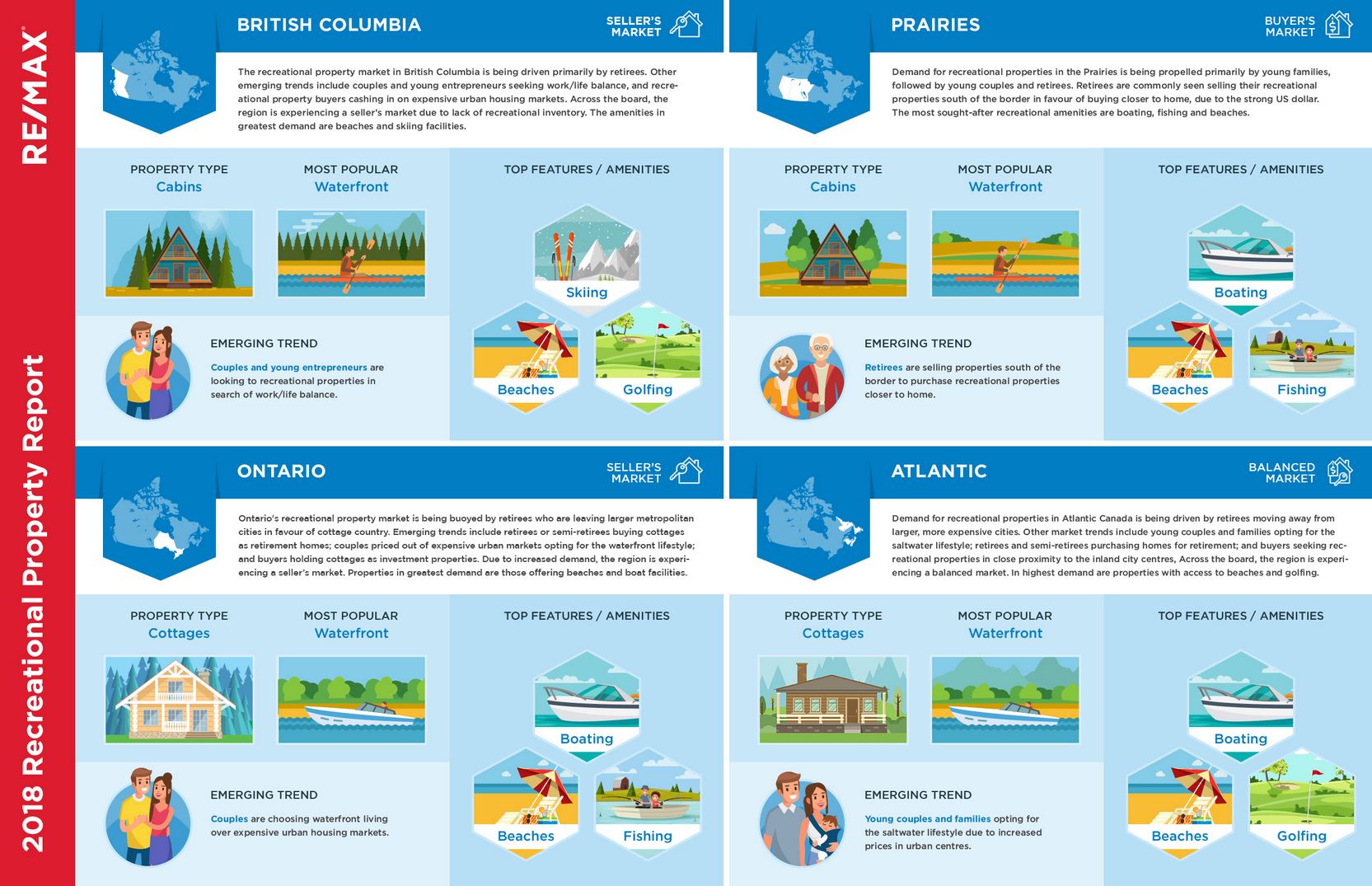 Due to the strong US dollar, retirees in the Sylvan Lake and Lake Winnipeg regions are selling their snowbird properties south of the border and purchasing recreational homes for use as retirement properties as well.

“Many Canadians want to live out the ‘Canadian Dream’ and spend time at the cottage or cabin but today, that doesn’t necessarily mean owning a recreational property outright,” says Christopher Alexander, Executive Vice President and Regional Director, RE/MAX INTEGRA Ontario-Atlantic Canada Region. “Many are choosing to rent recreational properties, often by pooling resources with friends and family, which speaks to recreational properties still being in high demand.”

The survey also found that other than affordable purchase price, Canadians who own or would consider owning a recreational property named waterfront access (55 per cent), reasonable maintenance costs (54 per cent) and proximity to town (43 per cent) as the most important factors when purchasing. The survey of RE/MAX brokers and agents, waterfront access was considered the most in-demand amenity in most regions, overall.